As part of the Who is Gordon Craig? project, we’re making a short film on the Edward Gordon Craig collection held at Eton College Library. We took a film crew, three of our volunteers and a lot of their questions to Eton on the 5th Jan 2017. 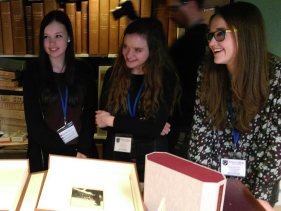 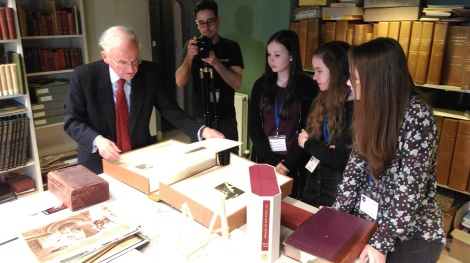 Our team quizzed Michael on the theatre before and after Craig’s impact on it, how he expressed his ideas, his relationship with Ellen Terry, Henry Irving and other key people in his life and what he wanted to achieve with his school, founded in Italy before the First World War. Michael’s energy and enthusiasm for Craig’s work was clearly on show!

The film will be on show as part of the upcoming exhibition at Stevenage Museum, Feb 11th to June 3rd 2017, and also available as part of our resources for teachers of theatre and drama at key stage 5.

You can read more about Eton College Library here.

Our thanks to Michael Meredith and Sally Jennings at Eton College Library and Tony at Hitchin TV.