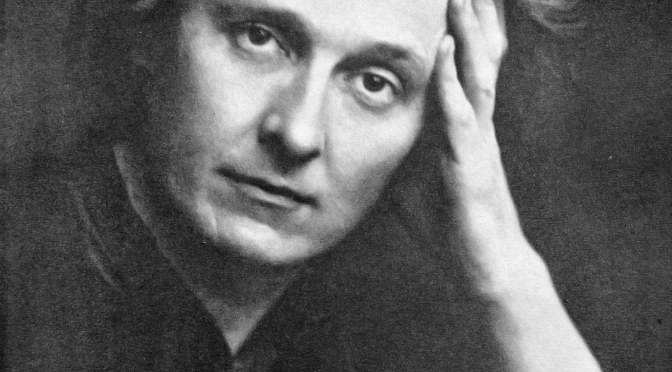 Stevenage Arts Guild has received £65,000 from the Heritage Lottery Fund (HLF) to celebrate the town’s forgotten son, the visionary and radical theatrical pioneer Edward Gordon Craig. Marking 50 years since his death and working in partnership with Stevenage Museum, the Guild are planning a series of fascinating activities and events in 2016 and 2017 in Stevenage and beyond, thanks to National Lottery players.

Edward Gordon Craig, born in 1872, was an actor, stage director and innovative theatre theorist whose productions, designs and writings were a crucial force in the development of modern theatre. The 500 seat theatre in Stevenage built in 1975 is named after Craig – it is the only theatre in England which is named after him.

Son of Ellen Terry, one of the most revered actresses of the English stage, and architect Edward William Godwin, Craig was born in Stevenage. In the 1890s he worked as an actor alongside Sir Henry Irving but soon undertook his first ground-breaking designs for productions, asserting his revolutionary theories of theatrical design. Working mainly in Europe in the early 1900s, Craig advanced towards a new “art of the theatre” – a joining of architecture, movement and music.

2016 will see the 50th anniversary of Craig’s death in France aged 94. Craig’s work and his writings have influenced many of the later 20th century’s innovators. It is said that many of the ideas that he developed were not realised on the stage until the 1980s. The generation of theatre-makers who Craig so vividly inspired then are now too passing out of prominence and there is a great risk of Craig’s ideas being lost to history.

Despite Craig being an important figure in the history of theatre, when polled, 93% of a sample of audience members at The Gordon Craig Theatre told us they knew nothing or only very little about Craig. Only 24% of those surveyed knew Craig was born in Stevenage. 88% thought that the community of Stevenage would benefit from activities celebrating Craig’s life and legacy and 68% were potentially interested, interested or very interested in exploring his life and ideas further.

A partnership of Stevenage Museum and Stevenage Arts Guild will recruit a diverse group of local volunteers who will work alongside museum staff and a professional curatorial adviser to produce a new high quality temporary exhibition focusing on Craig’s life and work as well as Ellen Terry, Godwin and their connection with Stevenage. Launched in December 2016, running for 3 months, the exhibit will be free to visit.

From May 2016, Stevenage Museum will support one group of local volunteers aged 14-18 co-curating the exhibition whilst undertaking Arts Award Bronze, Silver and Gold awards. A second volunteer group, open to all but targeted to members of Stevenage Local History Society; Stevenage & Knebworth Arts Group and Stevenage University of the 3rd Age will also conduct research and co-curate. Stevenage Museum will co-ordinate activities and deliver training in heritage skills. The resulting exhibition will feature artefacts significant to Craig’s life and work, repositories for which include: V&A archive, Eton College, Smallhythe (Ellen Terry’s home, now in the National Trust) and the Craig family estate.

Following the temporary exhibition’s run at Stevenage Museum, elements will form a new, permanent exhibit on Craig in The Gordon Craig Theatre foyer, updating a now ageing exhibit. This will be unveiled in March 2017. Exhibition content will also be made available online to maximise access to the work undertaken at www.edwardgordoncraig.co.uk which will go live in the course of 2016.

Fascinating talks and events, open to the public for free, will be offered to coincide with the 50th anniversary of Craig’s death which will be marked on Sunday 31st July 2016 at The Gordon Craig Theatre.

The Who is Gordon Craig? project seeks to ensure that students of theatre and drama are introduced to Craig’s contribution to our cultural heritage and helped to understand both the impact of his work and the relevance of his theories today. We want to make sure that his ideas continue to be propagated within the next generation of theatre-makers.

A freely available educational resource pack will be prepared for use at KS5 (16-18 years) with practical, easy to implement ideas and resources to encourage and help the teaching community introduce Craig’s concepts.

KS5 theatre and drama courses are often the first specialist stages of a route into a career in theatre and the wider arts. Despite an interest in his contribution to theatre heritage 50% of teachers surveyed decide against teaching Craig’s theories due to a lack of readily available, easily digested and interpreted resources.

Prepared by experienced practitioners of KS5 theatre/drama working in consultation with specialists in Craig, the downloadable pack will comprise of an outline conceptual approach with students at this level, practical session plans, key texts, audio/video, images and testimonial from contemporary theatre-makers.

This is seen as timely by teachers – new specifications in drama / theatre courses are being introduced in the academic year 2016/17 and teachers are being asked to broaden their subject knowledge in light of the subject reforms.

The Stevenage Arts Guild was founded in the 1950’s to encourage, to sustain and to co-ordinate the artistic endeavours of the people of Stevenage. The Arts Guild has a wide range of members – from the performing arts, choirs and orchestras to floral arts, photographic societies and locomotive societies. www.stevenageartsguild.org.uk

The story of the Stevenage from the Stone Age, its development as the first New Town and to the present day, holding a wide range of events throughout the year for families, children and adults. Stevenage Museum is funded by Stevenage Borough Council.

The Gordon Craig Theatre has been entertaining audiences from across the home counties since it first opened its doors in 1975. This 501 seat theatre boasts a varied programme of live entertainment and maintains a proud tradition of presenting first rate opera, dance and orchestral concerts. www.gordon-craig.co.uk

About the Heritage Lottery Fund

Thanks to National Lottery players, we invest money to help people across the UK explore, enjoy and protect the heritage they care about – from the archaeology under our feet to the historic parks and buildings we love, from precious memories and collections to rare wildlife. www.hlf.org.uk @heritagelottery @HLFEoE

For enquiries about volunteer opportunities with Stevenage Museum please contact: takepart@whoisgordoncraig.co.uk or museum@stevenage.gov.uk

For further information on the project, events and for images, please contact:

One thought on “Arts Guild awarded £65k for Who is Gordon Craig? project”